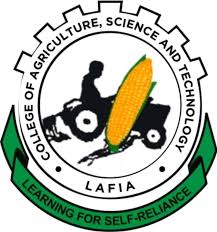 The regrading that took place at the Nasarawa State College of Agriculture, Science and Technology, Lafia, has unrelentingly taken toll on a cross section of the staff orchestrated by the College’s Governing Board led by Dr. Dominic Bako.

Carried out on the 26th of July, 2019 as part of the Board’s decision to regrade and demote staff in arrant violation of the institution’s condition of service and the edict establishing the College.

In the Governing Board’s wisdom, staff who were employed in their days of Ordinary National Diploma (OND) should not enjoy any benefit equivalent to their National Diploma (ND) and other counterparts. This abhors sanity and productivity to the College as it negates its earlier condition of service even as it has been reestablished into a College of Agriculture, Science and Technology, Lafia.

The resolution by the Governing Board to regrade these staff is unproductive to the overall progress of the institution as none of the College’s peers has taken such an unwise decision to “correct looming incompetencies” in their respective institutions.

Over 50 staff of this institution have been stoned with this measure regraded from level 13 to 6, 11 to 6, 11 to 9, 7 to 5, 14 to 9, 5 to 3 and many more. This has hit hard the employees resulting to untimely death and comatose being of some of the affected staff who are now only supported by their extended families to manage their homes.

Earlier in this year, the workers had staged a walk to the Nasarawa State House of Assembly requesting for a proper check by the legislature to correct the anomalies that were legislated upon by the House or the Board had considered wise to take in total loss of wisdom and guidance. The House Standing Committee on Education, Science and Technology chaired by Hon. Daniel Ogazi received the irate staff and promised to decisively and extensively look into the issue with a commitment to finding succor for them. Over 6 months now, no sitting was organised to hear the pros and cons as the problem continues to remain relegated, unattended and unimportant to be heard by the House. Leaving the staff pained, tormented and brutalized having worked with such qualification for over 2 decades and more.

Taking action to correct anomalies always looks at the position to find ways of getting the future corrected. The Board should note that the current affected persons should have been given a freehand as anyone coming with such qualification thereafter will not enjoy entitlements like his/her opposite counterparts. You cannoy demote a civil servant in his/her 30th year of service. Regrading him or her will only be a salinity test on an already-salty food.

The Nasarawa State House of Assembly, can as its legislative functions provide, address this prolonged issue roundly. The NSHA has to know that it is the protector and defender of the people. These staff never went to anywhere but the Assembly Complex because they knew that the Assembly was going to swiftly and disinterestedly act on the issue to assuage them.

NSHA should call the Management of the College of Agriculture, Science and Technology Lafia to order, its Governing Board and the affected staff to reconcile the quagmire if they can be reinstated, paid their cuts and a heartfelt apology extended to them.

Doing this, Hon. Ogazi’s connectedness, as the Committee Chairman, with the masses will be proven, the House integrity laid bare in reflection of being the defenders of the downtrodden.

Governor Abdullahi A. Sule has been ensuring that he places the right pegs in right holes. However, administrators must not use their “professionalism” to stifle the progress of the Sule government.

Government must be decisive in reflecting the true meaning of good governance by stepping on what is wrong, addressing it, encouraging and standing up for what is right. College of Agriculture, Science and Technology Lafia’s conundrum should be looked into as soon as now.

Shu’ayb Usman(Ph.D), is a freelance broadcaster and writer living in Lafia.