Audu Maikori is a Nigerian lawyer, entrepreneur, social activist, public speaker and creative industry expert. He hails from Southern Kaduna, Kaduna State. He is the Founder of one of the biggest record label and entertainment companies in Africa, Chocolate City. The label is well-known for producing popular artistes such as M.I Abaga, Ice Prince, Jesse Jagz, Jeremiah Gyang, Djinee, Brymo, Femi Kuti, Ckay and Blaq Bonez, just to mention a few.

Audu has won many awards – both locally and internationally. In 2010, he was made a judge for the first season of popular reality TV show, Nigerian Idol. On 13 February 2012, Audu Maikori was appointed by President Goodluck Jonathan to represent Nigerian Youth as a member of the Presidential Committee on the Subsidy Reinvestment and Empowerment Programme (SURE-P). Maikori was the youngest member of the committee. As a public speaker, he has spoke at various events in different institutions across the globe such as University of Oxford, United Kingdom and M.I.T in the United States of America. According to YNaija magazine in 2014, Audu is one of the most powerful people in Nigerian Entertainment. 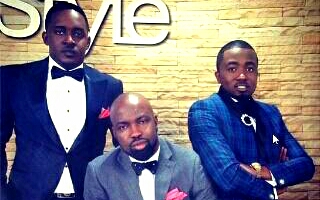 This is AYL Universe, where the AYL President, Enoch Israel aka King Sniffy hosts Audu Maikori. Kindly read their conversation below.

King Sniffy: Good day, sir. You’re welcome to AYL Universe. It’s an honour to be hosting you today. Personally, I have always looked up to you, so I am sure a lot of people will also benefit from this. So first things first, we all know that Audu Maikori is from Southern Kaduna, and you are the founder of Chocolate City, which is one of the biggest record label and entertainment companies in Africa. Please can you tell us what gave you the idea to start a label like Chocolate City?

Audu Maikori: The idea was very basic. It was just to create opportunities for people, especially those from the North to get a chance to become stars as well. Because what I saw was that every major thing about music business was in Lagos. I found out that many people from the North had to go Lagos to become stars. So why not set up something that gives them a chance to become stars from where they are, so that they don’t have to travel to somewhere to become stars? And when I say ‘North’, I don’t mean Northerners by birth but by location. Because there are many people that live in the North but they are not Northerners. There are many people in Kaduna, for example, who came from Igbo land and Yoruba land but they’ve been there for many years. So the idea was to give those people a platform to realize their dreams.

King Sniffy: That was very thoughtful of you. Please can you tell me some of the challenges you faced at the beginning when you established the label?

Audu Maikori: Well, the first challenge I had was around perception. Nobody in the North understood what music business is. Even up to now, they still don’t understand. That’s why you see there are not many Northern labels. When I started, I think there was only KD World; it was the only label that was existing at that time. It had Terry Tha Rapman, Pherowshuz and others.

Secondly, finding funding for the business was another challenge. If you look at other record labels, like Mavin Records, they had people that backed them up. Chocolate City never had anybody that backed us. We literally built everything from scratch. Nobody invested in Chocolate City. Not until very recently, nobody did. But you see if we were from the East or West (Yoruba), we would’ve had somebody to put money into the company, because the North does not respect or value intellectual properties or creative businesses, which is to our detriment because whether you like it or not, our global identity as a nation right now is the creative industry. So if we fail to promote or invest in people from the North, we are losing out on the global economy.

King Sniffy: That’s totally true sir. I can relate with that, because I am still struggling to get investors for AYL Universe. So with all these major challenges that you’ve mentioned, how were you able to overcome them and still become successful?

Audu Maikori: Even till today, I am still overcoming it. You must face challenges at every stage of your progress. The only difference is that as you get more successful, maybe the challenges will change but they are all equally challenges. But the first thing that helped me overcome the challenges is that right from the beginning, I didn’t start as one entrepreneur. I had partners. I had Yahaya Maikori (my brother) and Paul Okeugo, whom we sat together and created this company. We worked hard to build it together. So at every point, like when I am down then Paul can support. If Paul is down then Yahaya can support. Three heads are better than one.

King Sniffy: That’s very amazing. I just learnt something very useful from you now. I think I need to get partners too (laughs). So the next thing I would like to know is before you sign an artiste to Chocolate City, may I know the specific things you look out for? Because there are many talented artistes in Nigeria today without a label to promote them. So what are those qualities record labels look out for before signing an artiste, so that all those unsigned artistes can learn and maybe eventually get signed to a label?

So it’s about the drive of the artiste as well. One thing the internet is doing now is creating immediate stars. So sometimes you can find somebody who becomes a star even without a song, like those people that go to Big Brother. But because they have not developed themselves overtime, they still fall short because music like any other thing in life has a process. You cannot beat nor fast-track the process. So I think it’s different things for different people. But generally, what we look out for is talent, amazing talent. A talent that cannot be copied. Somebody who is totally different from what we have seen. And somebody who has a unique style. And we want somebody who is hardworking; somebody who is already putting the work to build himself up, and is not waiting for the label to do everything for him. So that’s what we look for.

King Sniffy: That’s quite true. Thanks for clarifying that perception. So talking about rap, M.I Abaga is regarded as the biggest rapper in Africa. And everyone knows that M.I owes part of his success to Chocolate City. So how do you feel, knowing fully well that you have contributed in making M.I the legend he is today?

Audu Maikori: I think it’s the same success story with any other person that we’ve worked with. Chocolate City has been a platform that enables people to make their dreams come true. I think it’s good to know that we have elevated people up. And the intention is to keep using that platform to find and discover people and give them the opportunity to fly.

King Sniffy: Thanks for that. Then if I may ask, what advice would you give to entertainers in the North? How can we make the North to be a hub of entertainment just as Lagos, so that our artistes don’t necessarily have to go to Lagos?

Audu Maikori: I think it’s a question that many states have to ask themselves what they need to do. But we just need to create a culture where we will work with it. Unfortunately, I don’t really see it happening. I don’t see many entertainment activities happening there like Lagos. Until it is rewarding, we are not going to find the best people.

King Sniffy: This one is just a fun question. Lol. Have you ever listened to an artiste that is signed to a different label and wished you were the one that signed him? If yes, who is that artiste?

King Sniffy. Interesting. I know Duncan Mighty but I have never heard of Cavemen. I probably need to check that one out.

Audu Maikori: They are a group of artistes. It’s a band.

King Sniffy: Alright. May I know who your role model is?

Audu Maikori: Well, I look up to quite a lot of people. And I look up to people for different things. When I was growing up, my business role model was Richard Branson. When it comes to leadership and integrity, my role model is Christopher Kolade. When it comes to life in general, it’s my father that I look up to the most because he was a man of honour and integrity. And he taught me all I know today. Another role model that I have is Hakeem Bello-Osagie, who is the chairman of my company. I admire him because of his humility and dexterity, and how well-accomplished he is without making too much noise.

King Sniffy: On a final note, what advice would you give to those people out there that have the passion and desire to build a career in the entertainment industry?

You can be the best person at accounting; who advices artistes on how to spend and invest their money. There are many careers in the music business; you just need to find where there isn’t enough, then fill it. That’s how you become successful. And if you are an artiste, you just have to make the best music you can. You have to be real enough. You just have to be dynamic. You need to understand the fundamentals and study music business on a global perspective to understand what is happening so you can add value.

Because sometimes some people are stuck in a time warp; they are not tuning their music to fit what’s going on in the world. They are just doing their own thing. Yes, at some point you don’t have to fit in with the world, but at least you need to know what’s happening in the world so you can be different.

King Sniffy: That’s true. As a talent manager, I have also benefited from this conversation. Thank you very much for your time, sir. I really appreciate it. 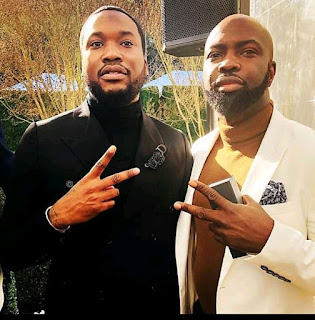 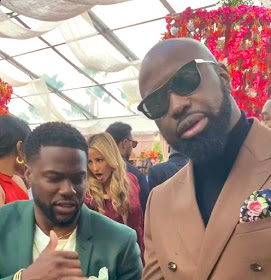 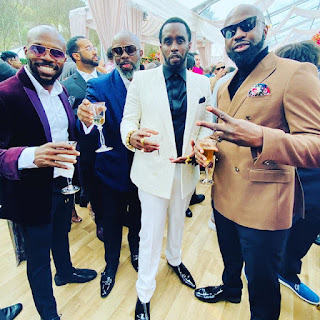 Audu Maikori & P-Diddy at Roc Nation’s The Brunch, organized by Jay-Z and Beyonce.

After the released of his last hit (dream come true). Bazbi has decided to unleash another vibrated song again titled "Pray For Me". Williams Bazho...
Read more