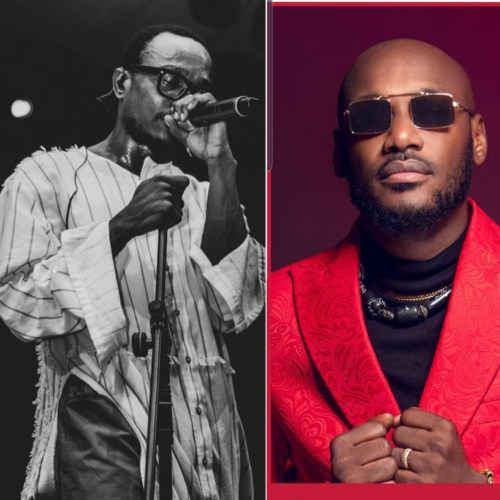 Nigerian singer, Brymo has called out his colleague, 2baba on the bluebird app.

On the 4th of October, Brymo in a series of Tweets, narrated how 2Baba was behind the physical attack melted on him by some men in 2012.

According to him, 2baba falsely accused him of sleeping with his wife, Annie Idibia. He made it known that he was just friends or trying to be friends with Annie, but her husband took it the other way.

Brymo said he only shared her company once with his female friend and his partner. According to him, Annie asked him about his future plans during their chat, but the question was so sleek, so he told her ‘My Future, that he was going to be Africa’s Finest Act’.

He noted that weeks later, 2Baba met with him and told him a story of how another artiste was eyeing his throne and what he did to the artiste. Brymo said he saw that same artiste bowing to 2baba on stage a few weeks later and wondered why.

RECOMMENDED:  2baba’s Baby Mama, Pero Threatens To Reveal The Truth About Her Relationship With 2baba

Speaking on the attack, Brymo wrote that he was invited by a friend to his house. Unknown to him, it was 2baba who asked the host to invite him so he deal with him. He said he was in the house chilling and four hefty men entered his room and attacked him. Brymo said he attacked them, but he got a black eye at the end.

He revealed that he is finally speaking out considering what 2baba did after the attack. He told artistes not to collaborate with him or be associated in any project that will benefit him.

Read his posts below; 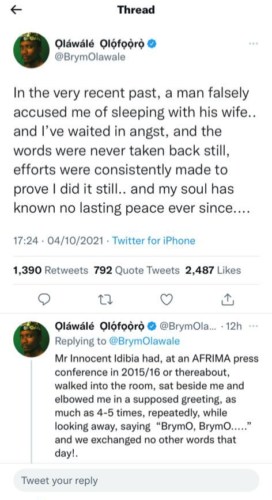 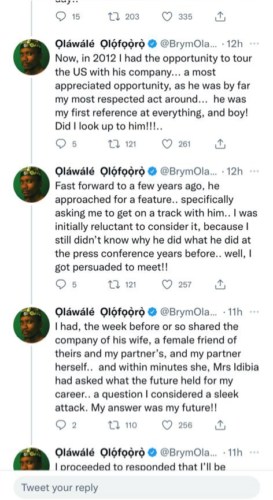 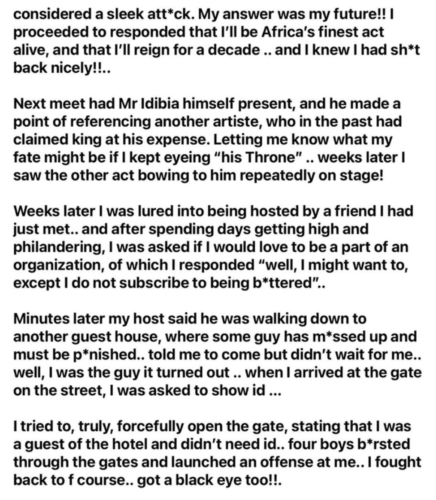 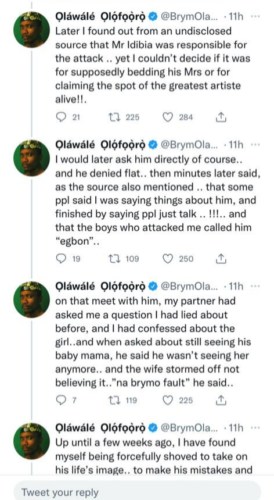 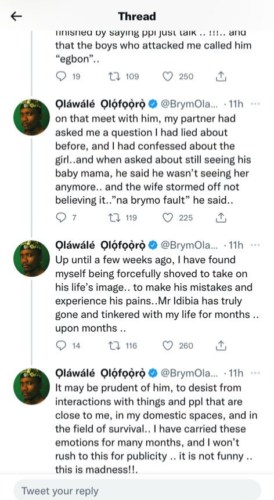 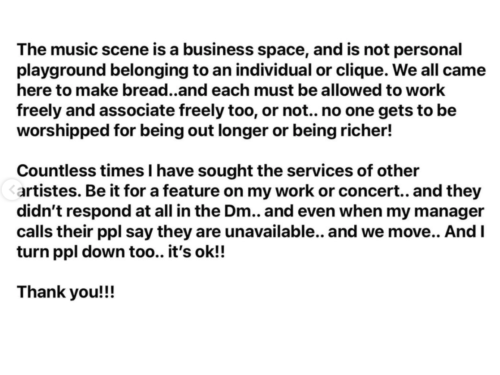 RECOMMENDED:  2baba’s Baby Mama, Pero Threatens To Reveal The Truth About Her Relationship With 2baba