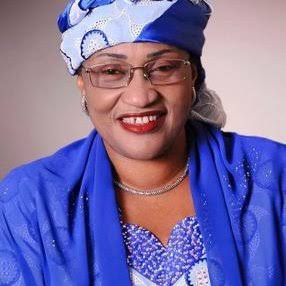 Details of are death are sketchy but Daily Trust gathered that she died at a hospital overseas.

Alhassan contested the Taraba 2015 governorship election under the Platform of the All Progressives Congress (APC) but lost to incumbent Governor Darius Ishaku, who ran under the platform of the People’s Democratic Party (PDP).

Shortly after her loss, President Muhammadu Buhari named her Minister of Women Affairs.

However, she left under controversial circumstances as the APC failed to clear her for the 2019 gubernatorial election.

She had resigned her appointment and defected to the United Democratic Party (UDP).

Alhassan travails in the APC under the chairmanship of Adams Oshiomhole began when she endorsed ex-Vice President Atiku Abubakar ahead of the 2019 elections.