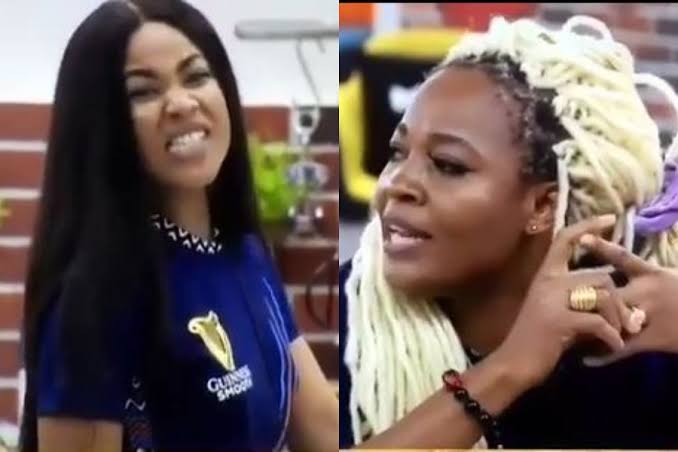 When Lucy said she would choose a fight over a relationship she was not joking. While in the Big Brother Naija House, Lucy showed us her feisty side, but at the same time, she definitely showed us her love for games and a good time.

Take a look at the fun-loving journey in the house.

In today’s Diary Session with Biggie, six nominated Big Brother Naija Lockdown Housemates discussed their feelings and who they thought nominated them for Eviction this week.

Today was the first Diary Session for Evicted nominees of the season since Biggie switched the script on us last week, changing the voting mechanic for the rest of the season! For a few minutes each, Biggie asked the nominated Housemates some questions, here is what they had to say about tonight.

Nengi
Nengi was afraid but trying to stay hopeful about tonight. When asked who she thought put her in this position, she said she thought that Lucy nominated her because they had not had a good relationship thus far. In addition, she thought Prince, Dorathy and Laycon also nominated her for various reasons. 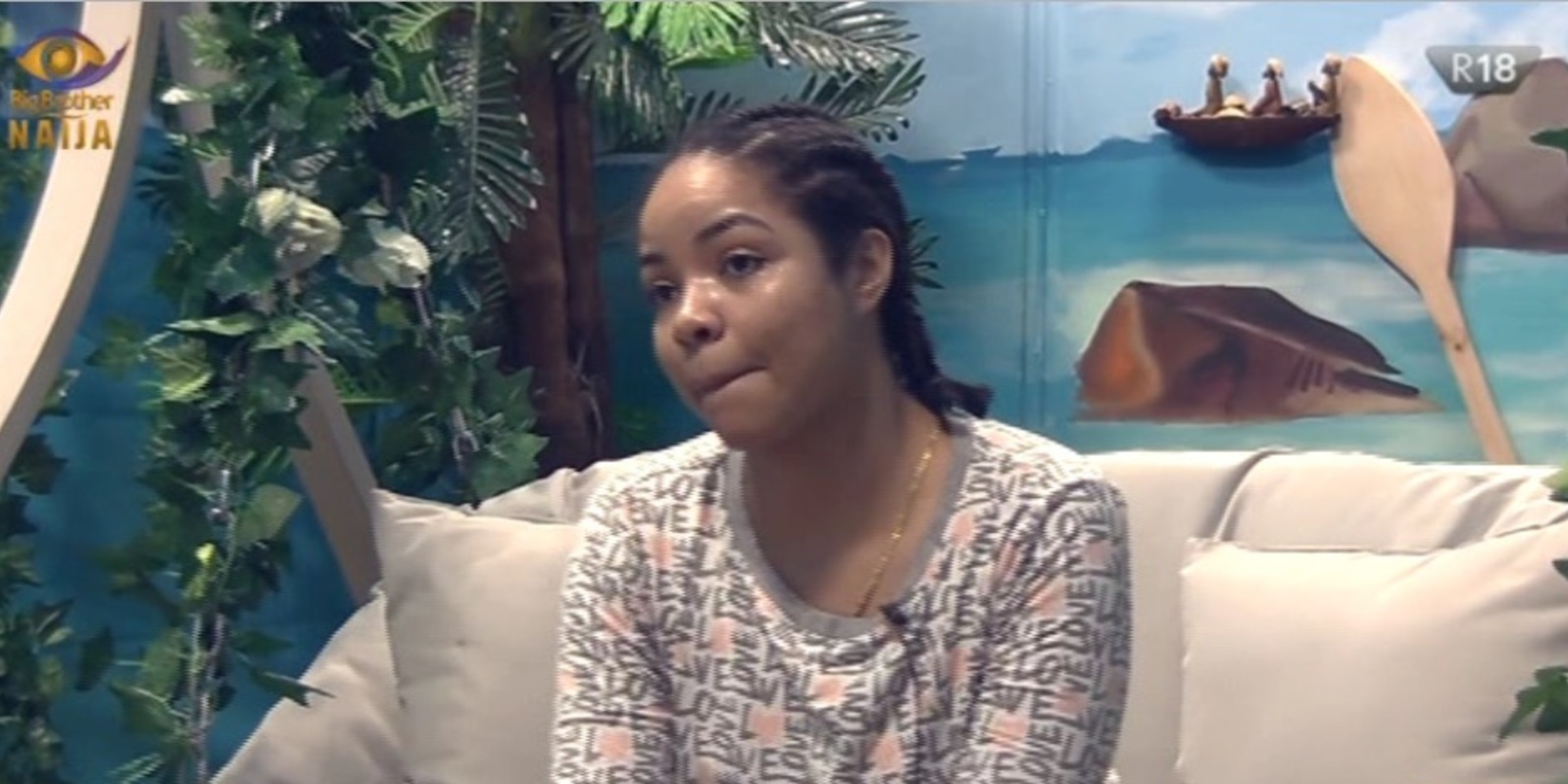 Trikytee
Trickytee was grateful but nervous. When asked who he thought nominated him for Eviction he pointed out Lucy as his first option because they had not seen eye-to-eye. He also pointed out Vee. He also added Prince, Dorathy and Laycon also voted for him. 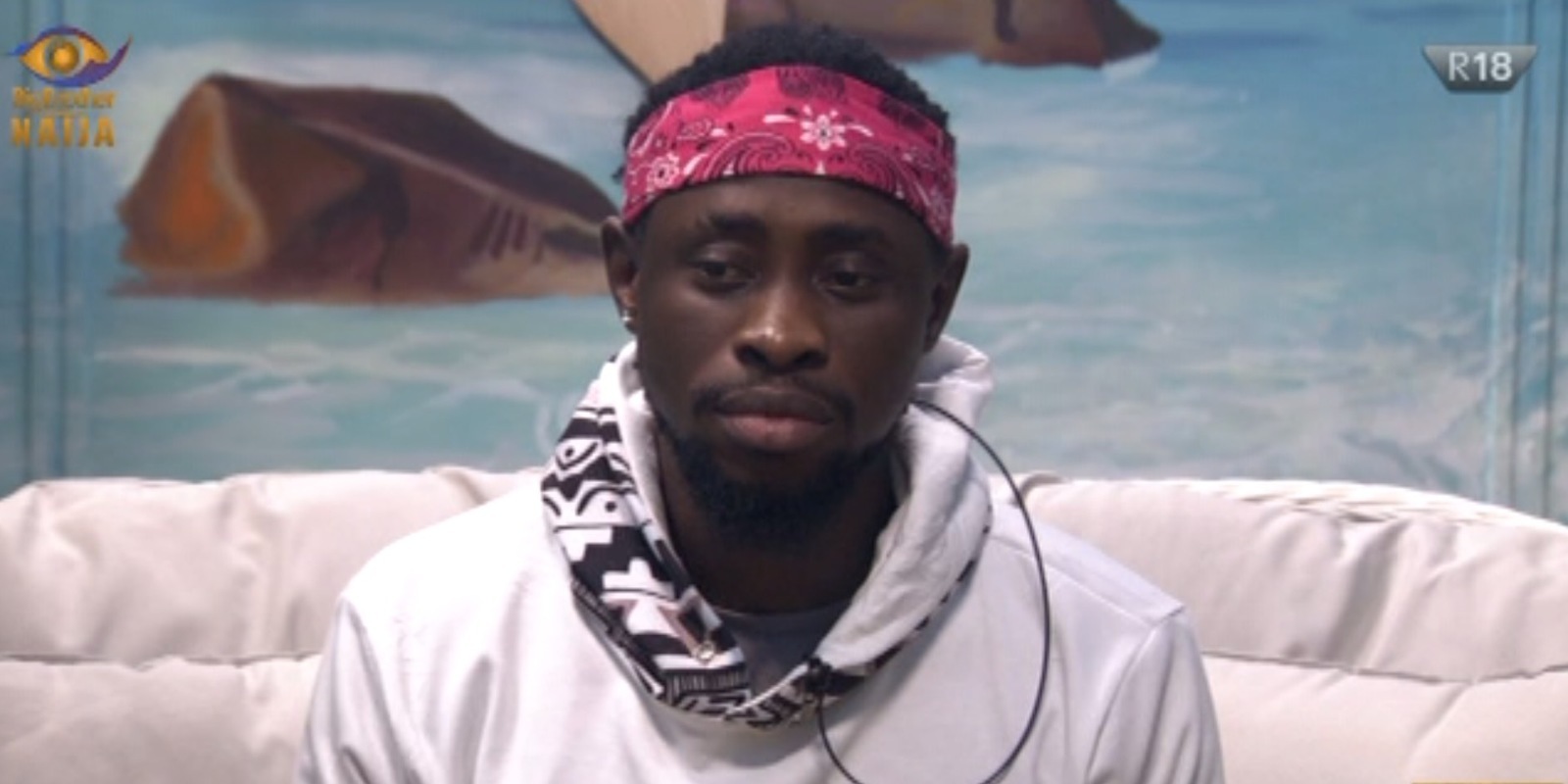 Vee
Vee was grateful to be here and said that to have been here for seven weeks was not easy. When asked by Biggie who she thought nominated her for eviction, she said she was 90% sure that Erica voted for her because she didn’t like her and the feeling was mutual. She further clarified that Erica didn’t like her because of her stance on Erica’s situation with Laycon. 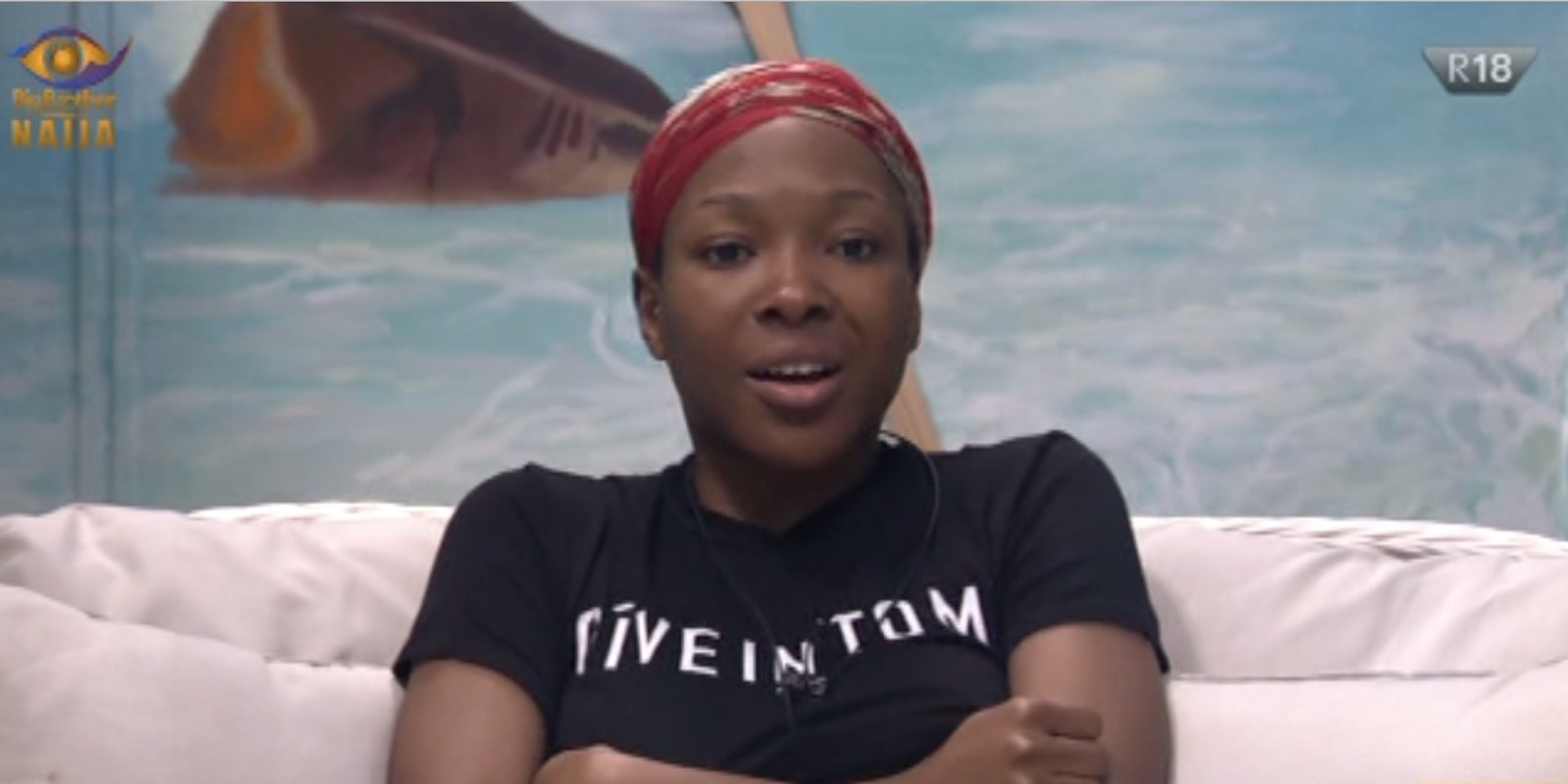 Kiddwaya
Kiddwaya was in high spirits when Biggie asked Kiddwaya who he thought nominated him, he said Lucy, Trikytee and Laycon. Kiddwaya told Biggie that he and Lucy were cool up until he made the statement about not wanting to be in the same group with her. He said that both Trikytee and Laycon did not vote him out for personal reasons at all. 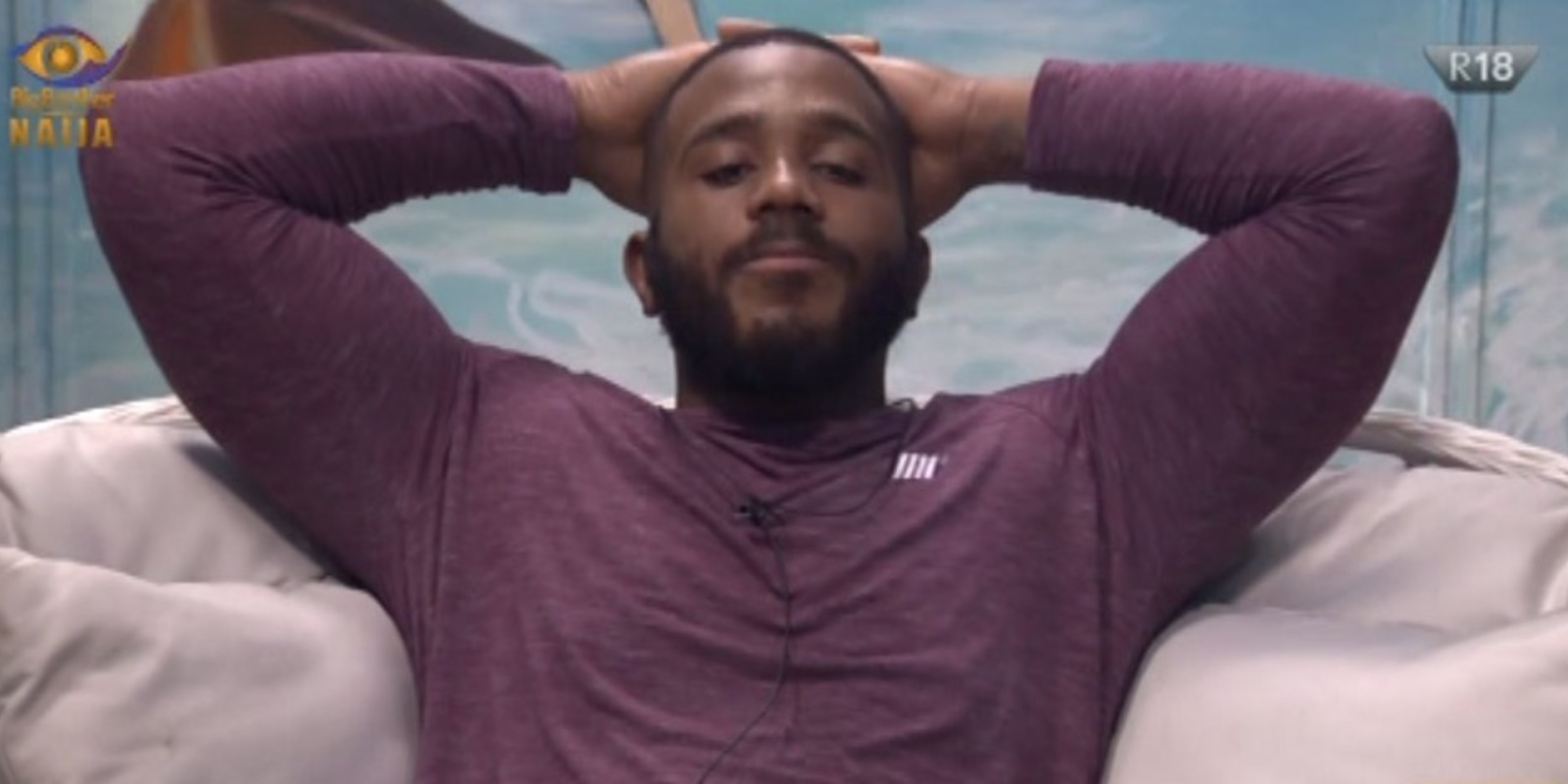 Lucy
Lucy laughed and said that she thought the whole house nominated her for eviction this week due to them saying she was difficult to work with. When asked what she would miss, she said she would miss Biggie’s voice. 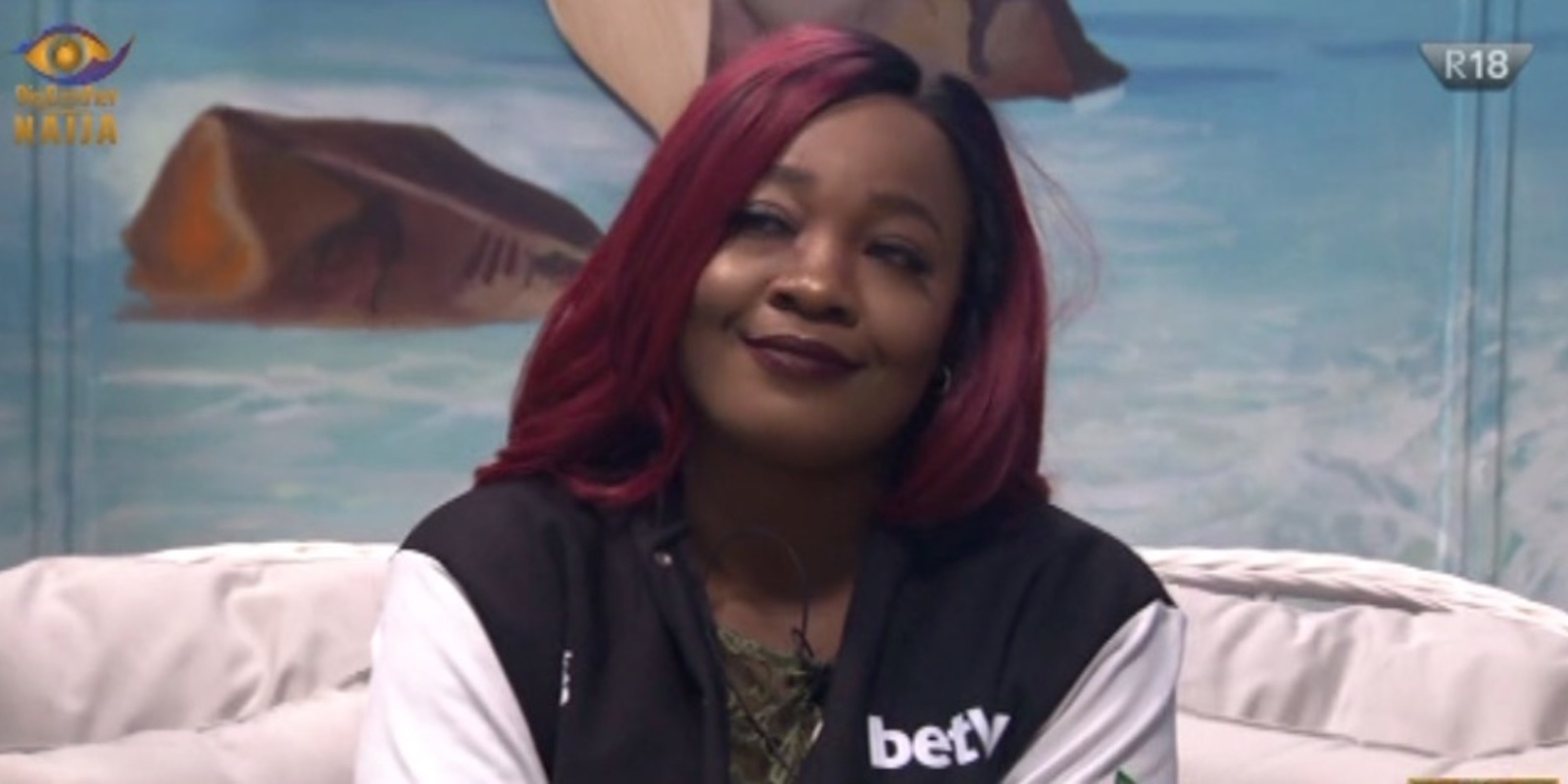 Laycon
Laycon felt tense and anxious in his session today. When asked who he thought nominated him for eviction he said he felt it was Ozo because they did not really interact much while in the house. 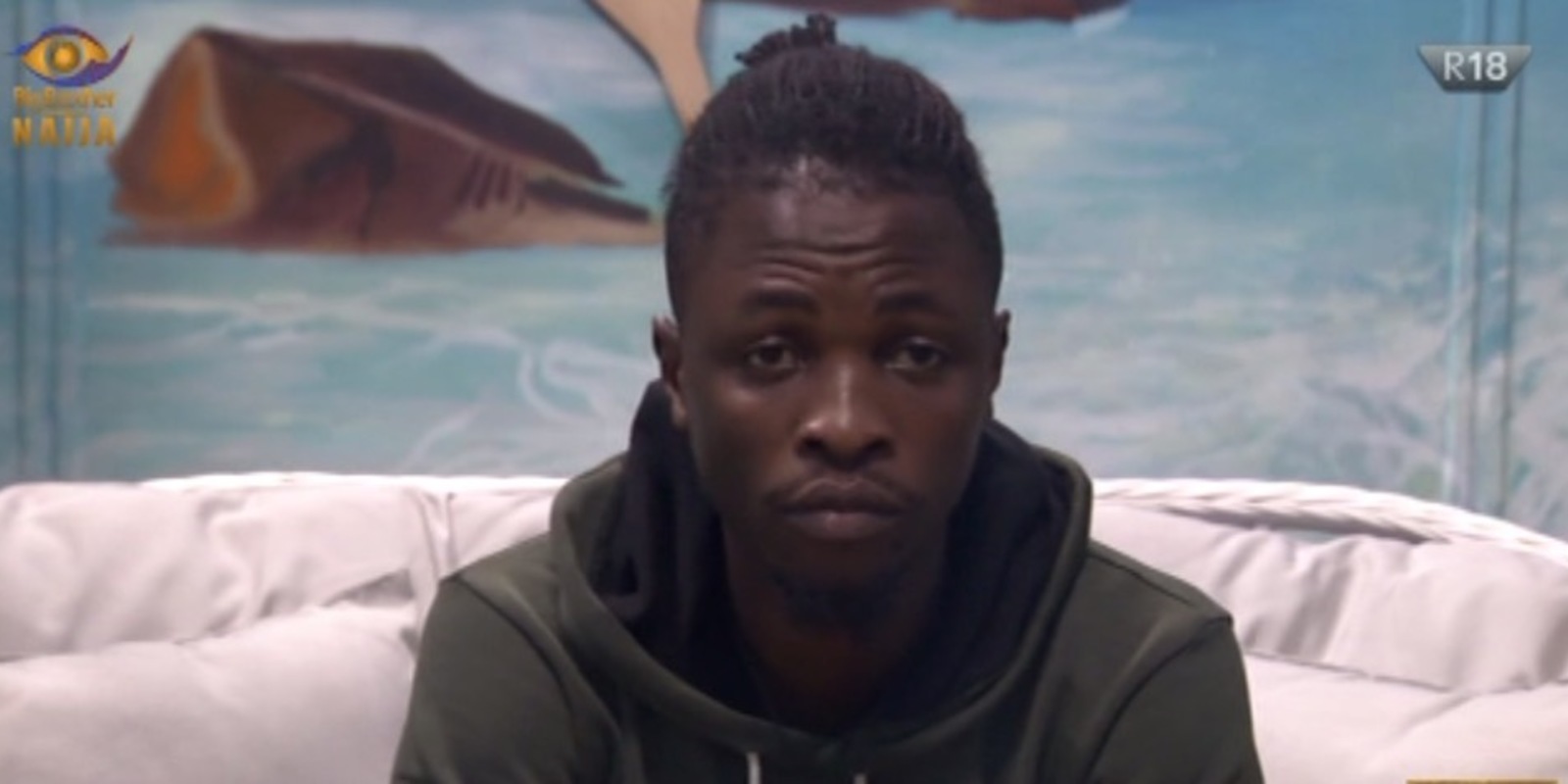 Tonight was the last Diary Session for one of our beloved Housemates and we await the Live Show for more details.

It wouldn’t be Sunday in the Big Brother Naija House without a visit to the Darling Salon. Here’s a look at who has been putting in the work to make sure their name sits atop the leader board.

There is no denying Sunday’s Darling Salon Session always brings calm back to the Big Brother Household. It seems as if there is no equal for Prince as far as hair management goes and once again the Housemates were all clamouring to get some time with his talented hands. It doesn’t matter if it’s braiding, cutting, or laying a weave, the man’s skills are in demand. Here is a look at the leader board for the Darling and Mega Growth challenge so far:

It seems Prince is truly the ruler of scalps in Biggie’s House. With only three weeks left to go, it is all but confirmed who the winner of this Darling and Mega Growth competition will be. 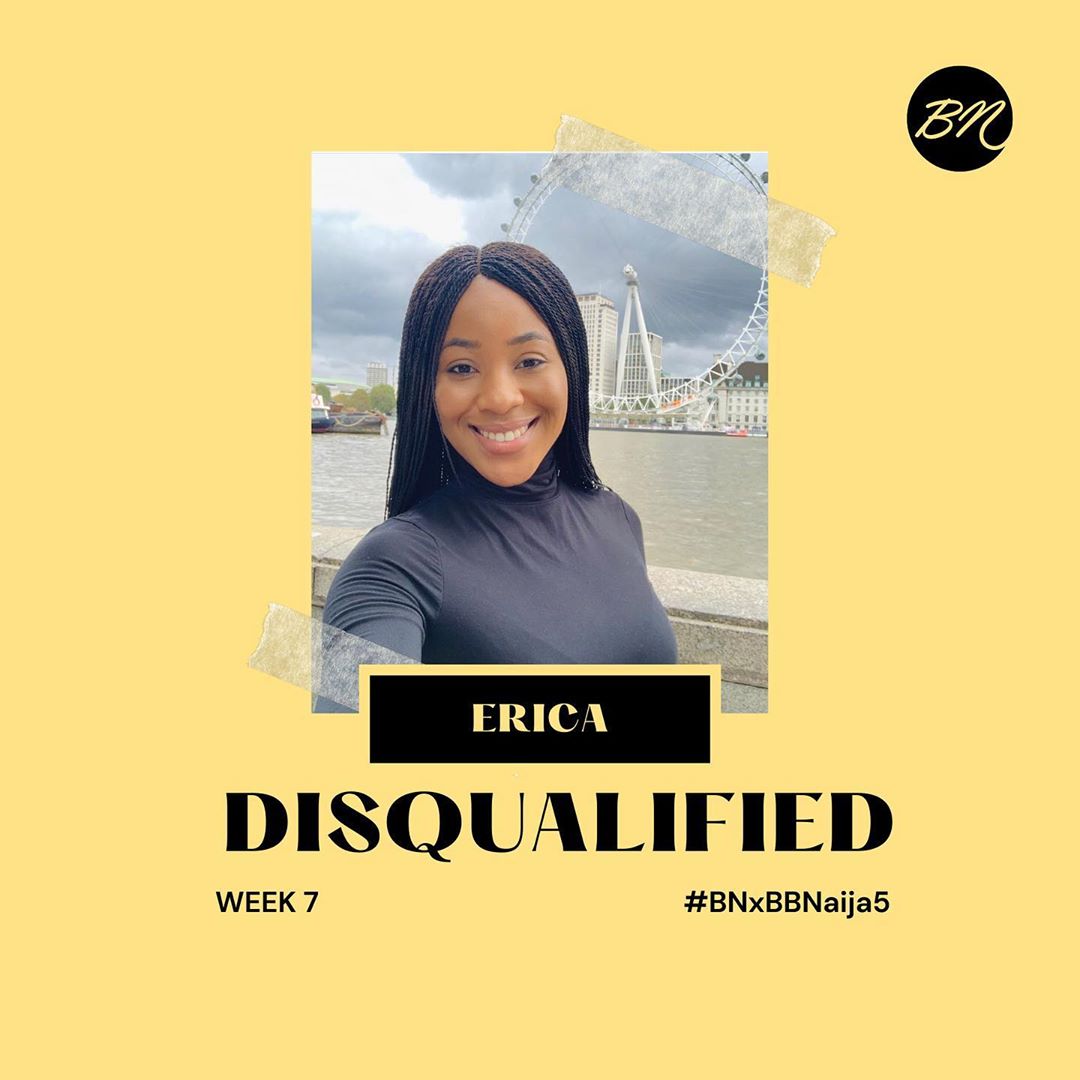 Erica has been disqualified from the Big Brother Naija house.

Her disqualification stems from her behaviour last night, including the strike from a couple of weeks ago making it a total of three strikes. Erica was issued a strike for verbally abusing her fellow housemates, disrespecting the HoH lounge, and interfering with the production process.

She has now left the Big Brother Naija house.

It’s the morning after and a more remorseful Erica calls the Housemates together to apologise for her inappropriate behaviour. She owns up that most of the things she said were due to her pent up anger.

Erica goes extra after the party

Erica got out all of her feelings last night and may have said too much. Will this outburst be the beginning of the healing, or mark the strike that ends her Big Brother Naija Journey?

There was drama on the dance floor and even more, in the Big Brother House as Erica finally got some issues that had been bothering her off of her mind.

How it started
During the party, Kiddwaya and Nengi seemed to be vibing on the dancefloor and every time they got close they were interrupted by Ozo and Erica marking their territory. Erica then took a few moments to talk to Nengi personally about Kiddwaya, where she said that if there was a connection between Nengi and Kiddwaya, it should be brought out into the open. Nengi told Erica that the attraction wasn’t serious and that they knew each other before entering the house. 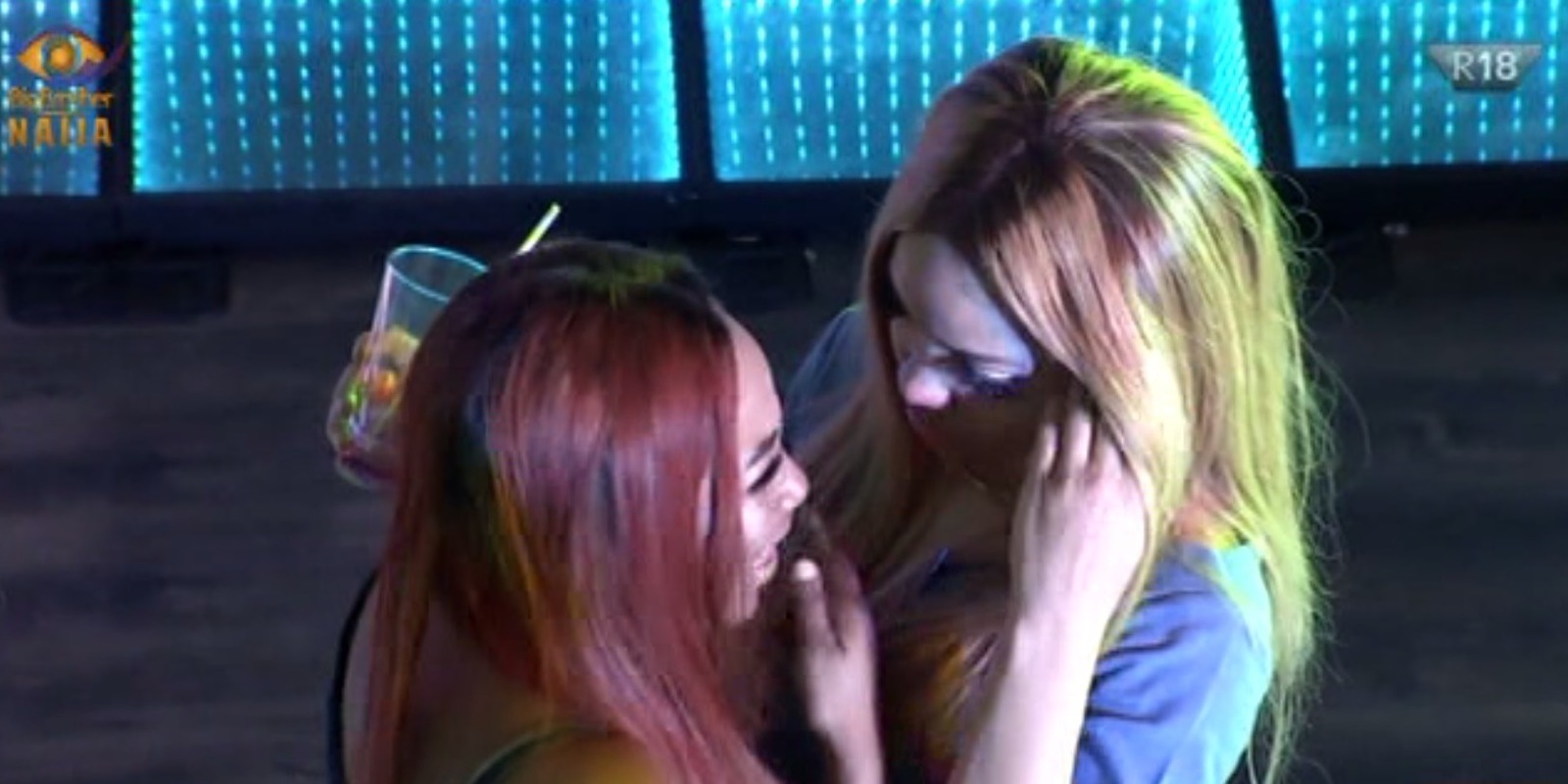 How it blew up
After the party was done and the Housemates were getting into their afterparty vibes in the kitchen, Erica took the fight to Laycon screaming at him for allegedly lying to Ebuka about her trying to kiss him twice. She didn’t relent as Kiddwaya and Trikytee tried to calm her down. When Laycon tried to separate himself from the wahala by sitting at the table with Prince, Dorathy, and Neo, Erica screamed at the top of her lungs that she was not attracted to him, never tried to kiss him, and then insulted him using many four-letter words and calling him a “skinny drum stick”. 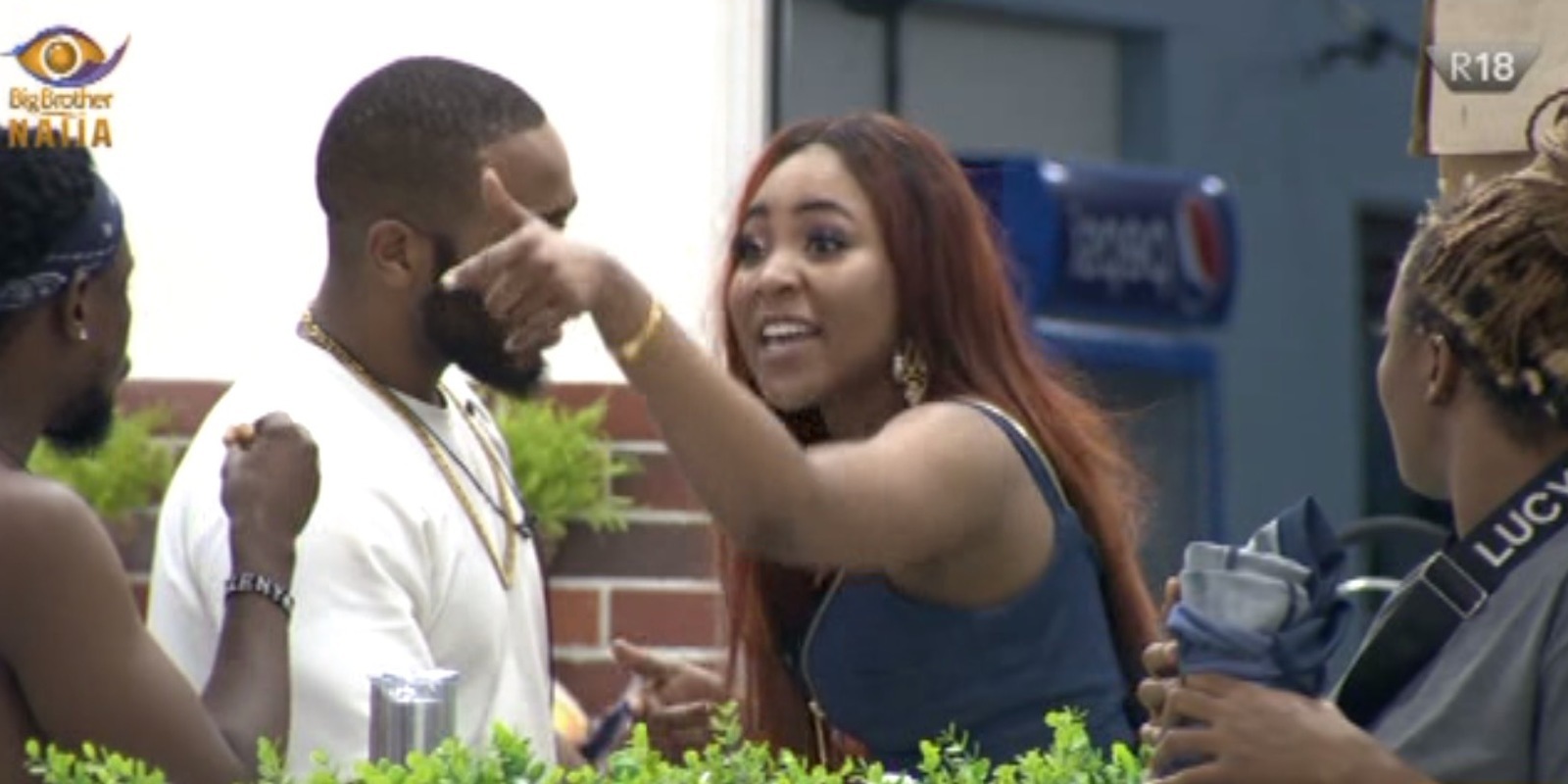 The Aftermath
Erica retired to the head of House Lounge where she had a disagreement with Prince who was also trying to get her to calm down and shower so that she could be closer to her senses. It was a night of drama in the Big Brother House and the only question that remains is if it will be the cause of Erica’s final strike and her Eviction from the House.