Yesterday, Big Brother Naija housemate, Ike turned 27 and was celebrated by his fellow housemate and lover, Mercy, who promised to kiss him 27 times.
Mercy and Ike have formed a DoubleWahala Esque pairing and fans even refer to them as #TeamIkercy.
At one point, the pair who are regarded as one of the sweetest couples in the reality show were filmed kissing in the front of other housemates.
Mercy while celebrating Ike, said ;

‘ I can be a bitch, but you have ‘resetted’ my brain, You quenched my fire. ‘You changed my whole game plan and you have made me a better person.’ 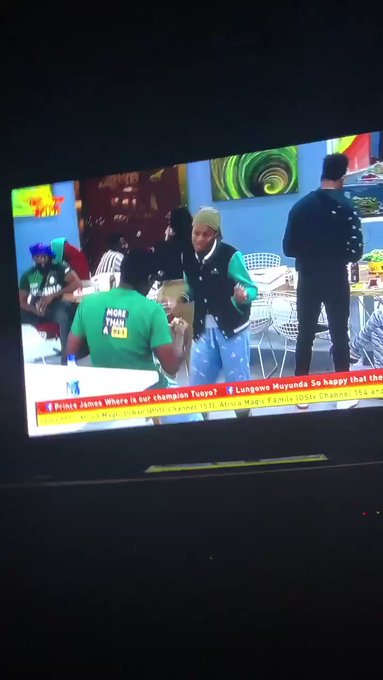 27 people are talking about this

RECOMMENDED:  Did Ice Prince and his French girlfriend break up? See as she was shaking it for another guy in a club?