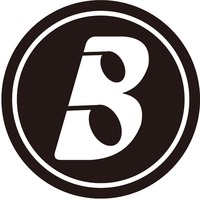 Africa’s fastest growing music download/streaming platform, Boom Player, which launched on Google Play Store in April 2016 has recorded over 1-million installs. This development rightly places Boom Player as the leader of the pack, giving a wide gap to its competing platforms across Africa. Boom Player has been successful since it started operations just over a year ago. The service, founded by the giant telecommunications company, TECNO Mobile, now has more than 6 million app installations in total thanks to its pre-install strategy. Boom Player boasts of an estimated 400,000 daily active users, music lovers who stream or download songs and videos of their favorite artists. “It’s very easy for music lovers to fall in love with the Boom Player app because it gives them what they want. From timely updates of latest releases in both audio and video formats, to lyrics and so many other amazing and interactive features available on the app, it is not a surprise that we have reached this milestone in such a short time, we only just put Boom Player in the Google Play Store 9 months ago”, said Oye Akindeinde, General Manager of the Mobile Apps Department, TECNO Mobile. “A new version of Boom Player app, which will blow our users mind, will be launched in March, 2017. Our target is to reach 1-million daily active users by December, 2017, he continue.

RECOMMENDED:  [PHOTOS] World’s Oldest Surgeon Who Is Still Active At The Age Of 89. See more images...

Nasarawa first lady, Jbaby De Lyrical made a comeback with a heavy rap Hip-Hop song, "Bring It Back" featuring the producer of the hit...
Read more

Destitute Families in Afghanistan are reportedly being forced to sell their children to pay off debts with the country's economy on the brink of collapse following forceful takeover...
Read more

RECOMMENDED:  [PHOTOS] A Secondary student in Borno State sacrifices his life to protect over hundred Muslims targeted by a female suicide bomber in Borno. See his Photos...