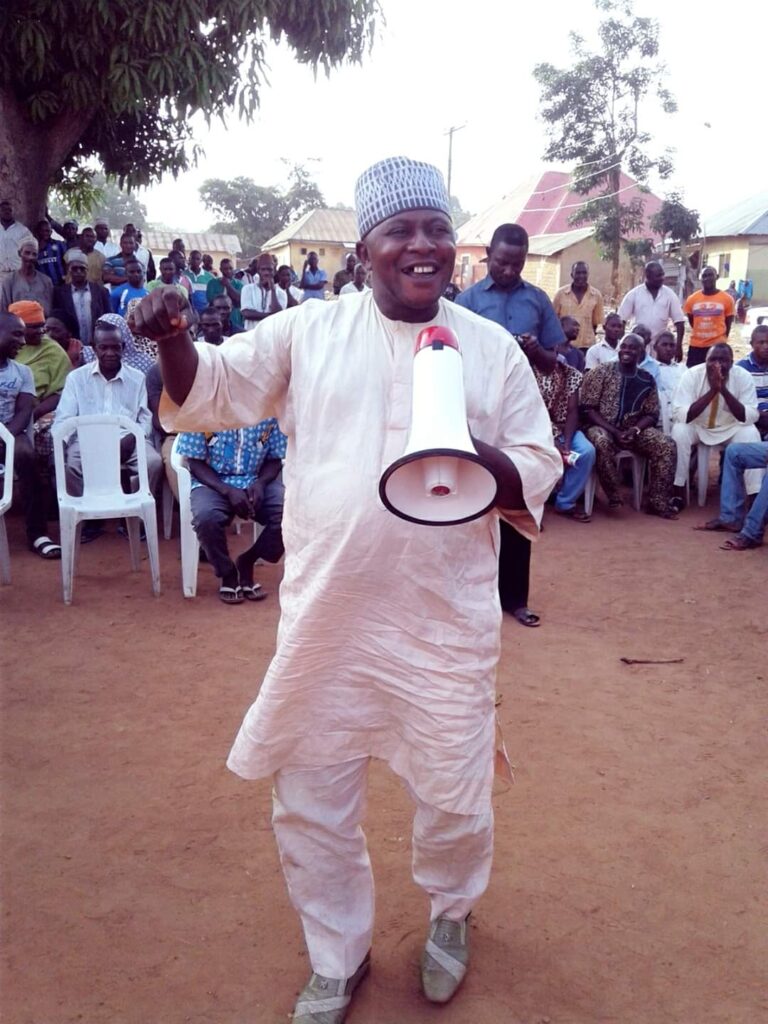 The APC chairman of Akwanga Local Government, Nasarawa State, Mr. Micah Magaji was today officially suspended by his ward party, Ancho Ward. This was as the result of misappropriation of funds, anti party activities among many others related issues.
The suspension letter was signed by 18 ward party excos which includes the party deputy chairman, secretary, women leader, legal advicer amongst others.

READ THE SUSPENSION LETTER BELOW AS RELEASED BY THE EXCOS.

1. Gross anti-party activities resulting in the failure of the Party to win all elections at his polling unit in the 2019 general elections.
2. High level of the disloyalty to the Government of the day and disrespect for critical stakeholders in the management of the affairs of the Party.
Embezzlement of funds meant for office rent for three (3) years.
4. Diversion of Office furniture (Plastic Chairs) and equipment for personal use.

Consequently, for the unity, strength and survival of our great party, the All Progressives Congress (APC), Ancho Ward and beyond, we hereby resolve and endorse the immediate and outright suspension of Mr. Micah Magaji as a member our great Party with immediate effect to pave way for proper investigation of these crimes and misbehaviour perpetrated by him against the Government of the day and our great party this day Thursday, July 16, 2020. 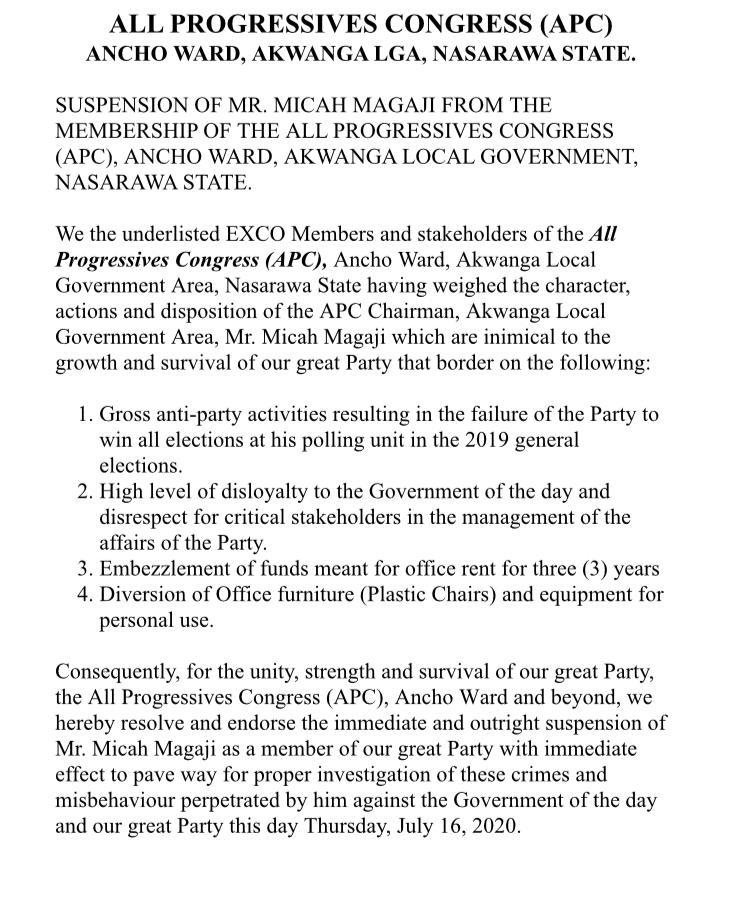 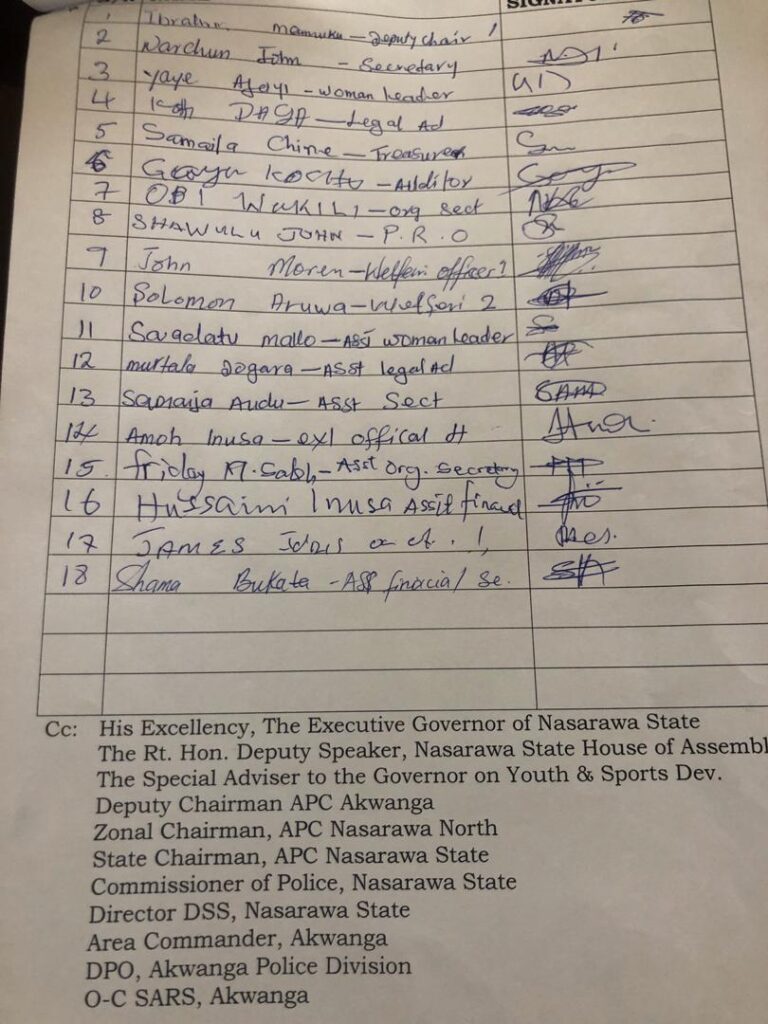