Panic in Anambra as another tanker laden
with fuel explodes in Onitsha.

Barely 24 hours after a tanker laden with petroleum products fell into a ditch and spilled its contents in Onitsha, Anambra, which led to an explosion, another tanker laden with fuel has collapsed in the state, causing panic.

The new tanker tragedy occurred in the early hours of Friday, October 18, 2019, in Amagba Phase 2, Onitsha area of the state. 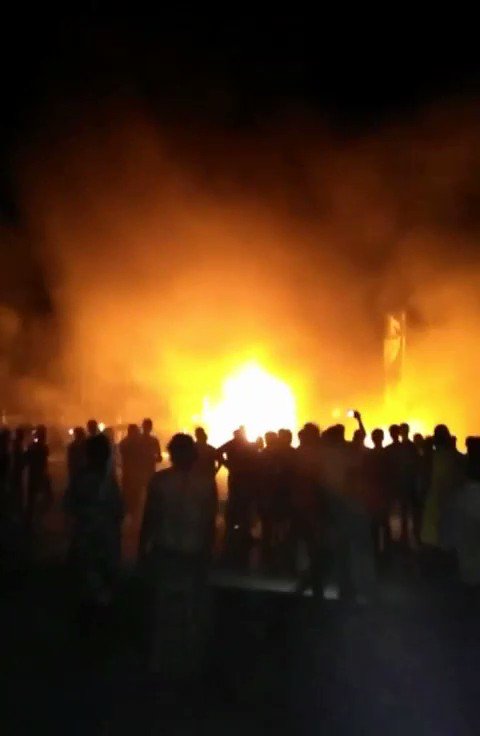 At the time of this report, casualty figures cannot be confirmed nor can the cause of the incident be ascertained. But video circulating on the internet shows onlookers on the site of the exploded tanker.

As reported on Wednesday, October 16, 2019 tanker explosion incident, claimed the lives of five persons, including a woman and her child.

More so, more than 100 shops were reportedly razed and goods such as clothing and electronic appliances were affected by the fire.

[PHOTO] Check out the future map of Gurara State.

The Kaduna State government has approved January 25 as resumption date for tertiary institutions across the state. The Permanent Secretary, Ministry of Education, Phoebe Yayi, announced this...
Read more