Beyonce releases Lion King album ft Wizkid, Burna Boy, Tiwa Savage, Yemi Alade, Eazi, and others [Instagram/Beyonce]
Beyonce has released the much anticipated Lion King album which features several Nigeria artists.
The much-awaited Lion King album from one of the world’s most talented artists, Beyonce has been released.
The album dropped today Friday, July 19, 2019, and has several Nigerian artists on its feature list including Wizkid, Burna Boy, Tiwa Savage, Yemi Alade, Eazi and a host of other African acts.
The album, Lion King: The Gift, is a collection of music inspired by the 2019 remake of the classic Disney movie ‘Lion King.’ Wizkid is featured on a song titled, ‘Brown Skin Girl,’ alongside Beyonce’s first child, Blue Ivy Carter, Beyonce, and Saint Jhn. 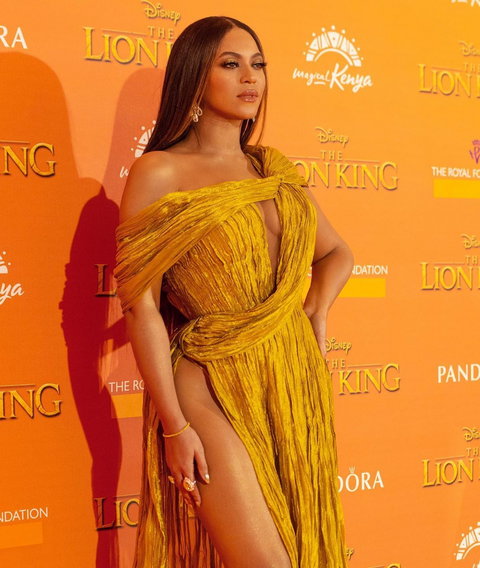 Beyonce releases Lion King album ft Wizkid, Burna Boy, Tiwa Savage, Yemi Alade, Eazi, and others [Instagram/Beyonce]
Mr Eazi, Yemi Alade, Burna Boy, Tiwa Savage, and Tekno all give a very interesting mix to the album as they sing in different languages about embracing blessings in ‘JA ARA E,’ ‘DONT JEALOUS ME‘ and ‘KEYS TO THE KINGDOM.’
You can listen to the full album HERE (LION KING)
Beyonce also worked with some of America’s biggest talents like Kendrick Lemar, Tierra Whack and husband, JAY-Z to make this project a fantastic one.
RECOMMENDED:  MUSIC DOWNLOAD: New Money - TunTun

Music Producer, Shizzi advices musicians who wants to get signed. ...