The Award Winning Producer and Mavins Boss has revealed he co-produced a certain song with American Rapper Kanye West
He disclosed the news via his Instagram page just a day after Kim Kardashian posted the video of a choir making a rendition of the song, with a live band.
She had captioned the video, “Sunday Service” as it appeared like a chorister were in the church while Kanye West headed the group as he orchestrated the performance of every member in the chair.
Don Jazzy later uploaded the video on his page and he said he co-produced the song with Kanye West, but the American rapper’s genius added more sauce to the song
He wrote:

Co produced on this track. But Kanye’s genius is giving it some extra juice. #LiftOff 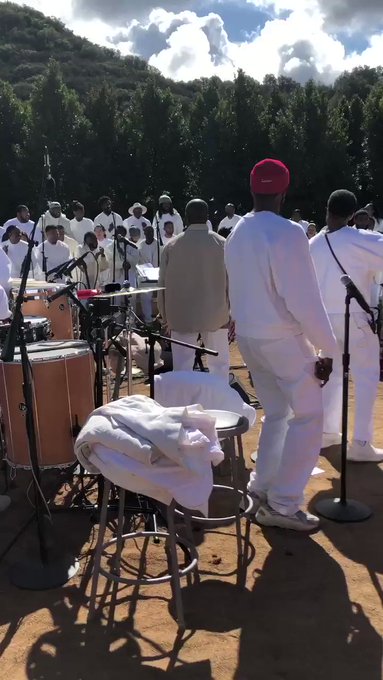 View this post on Instagram
Co produced on this track. But Kanye’s genius is giving it some extra juice. #LiftOff
A post shared by Donjazzy (@donjazzy) on Mar 11, 2019 at 2:05am PDT

RECOMMENDED:  Davido song “Fall” among 100 Most played Songs Of 2018 In United State Of America

Read twitter user reaction to the photo of Zahra Buhari and...