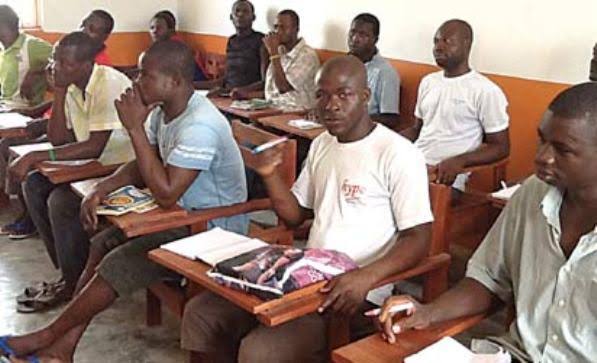 The controller of prisons, Lagos command, Tunde Ladipo, says 24 inmates of the Ikoyi Prisons will sit for the 2019 UTME’s – Ladipo said preparations have been concluded by JAMB to ensure a hitch-free examination for the inmates – The prisons controller said it is expected that the inmates taking the exam will all come out in flying colours The controller of prisons, Lagos command, Tunde Ladipo, says that 24 inmates of the Ikoyi Prisons will participate in the forthcoming 2019 Unified Tertiary Matriculation Examination (UTME).
Ladipo disclosed this to the News Agency of Nigeria (NAN) on Sunday, March 17 in Lagos.  Notes that the Joint Admissions and Matriculation Board (JAMB) had fixed April 1 for its mock examination which would be optional for its candidates. It had scheduled April 11 for the commencement of the UTME proper across the country. The board had also said that no fewer than 1.8 million candidates had registered for the all Computer Based Test (CBT) under the UTME. According to Ladipo, preparations have been concluded by the board to ensure a hitch-free examination for the inmates in its facility.
He noted that the inmates who had been undergoing intensive coaching at the facility’s school had demonstrated a great zeal and a high level of commitment in readiness for the examination The prisons’ boss added that with the current state of facilities in the prisons’ school, he was expecting nothing but excellent performances from the inmates. “I want to say that we are very prepared and ready for this examination.
A lot of work has already been done as part of our efforts to ensure that these inmates are well tutored and exposed to the use of ICT for the coming examination. “We have prepared them on how to use the computer during the examination as it is on this mode that all the candidates will be tested. “Thankfully, the organisers of this UTME have assisted the facility with 60 computers and other accessories. “Ever since this supply was made, we have been using them to train these inmates at the prisons’ school and their responses have been amazing. “We expect that they will all come out in flying colours; as apart from the computers, we can also boast of a well stocked library, coupled with some teachers who have been coming to take them on various subjects,” Ladipo said.
Legit.ng previously reported that the Joint Admissions and Matriculation Board said that it was fully prepared for the 2019 UTME’s. The board said it had concluded preparations, following its consideration of all items on the checklist in preparation for the 2019 UTME’s, among others.

2019 Election: North Will Not Stupidly Handover To Any Igbo Man...