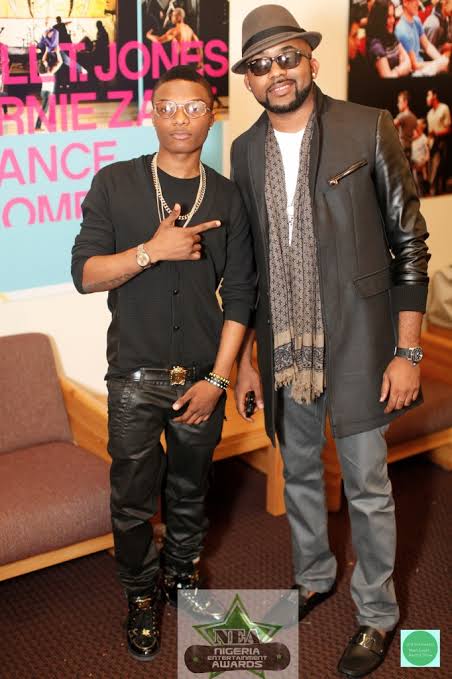 Coming on the heels of his alleged fallout with Star Boi act and rave singer, Wizkid, EME (Empire Mates Entertainment) boss and Samsung Africa ambassador, Banky W has bared his mind on the issue saying he remains very proud of the singer and his teeming accomplishments.In a recent interview granted to Channels TV, Banky W revealed that he no objection to Wizkid’s decision to float his own label adding that he has always looked forward to Nigerian artistes growing big enough to launch their own record labels.“I signed Wiz and he blew up. Now he is doing ‘Star Boi’ (music label) and that is a good thing. It’s not a bad thing… The interesting thing is to allow an artist to renegotiate. Wizkid has earned the right to sit at the table to do what he wants to do and I hope all my artistes are as successful as Wizkid,” he affirmed.Banky W, however, noted that some individuals had formed the habit of dwelling on negatives.“I think that people tend to make things a little more negative than they are. Every label executive prays for their artistes to grow to the point when they want to set up their own label and they have the ability to do so. It is a natural progression in music,” he enthused.Source: Channels TV

RECOMMENDED:  Falz The Bahd Guy blast Yahoo Boys in his song "CONFIRM" off his album

2021 NEW YEAR SPEECH BY HIS EXCELLENCY, MUHAMMADU BUHARI, PRESIDENT OF THE FEDERAL REPUBLIC OF NIGERIA

Rapper, Yung6ix Reveals His Net Worth Is Close To 3.7 Billion...

Young vibrant and brilliant act, Mac Fabulawz a well known Nasarawa state artiste who is also refers to as Nas Representer is back with...
Read more

Arewa top notch artiste, B.O.C Madaki has finally releases his most anticipated and talk about album which he titled; "Northy By Nature". The album featured...
Read more