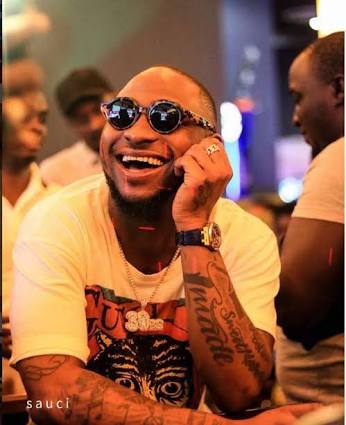 As much as Davido has a lot to celebrate, he does not seem to be able to stay away from controversies. The singer was recently called out by a certain Afolabi Kazeem who claims he (Davido) absconded with his 60 million Naira.

In a lengthy post on social media, the accuser, using the handle @michealkaycee and claiming to be a jeweler, detailed how he did business with Davido to the tune of N60 million. In his narrative, he wrote that he met Davido through Davido’s cousin, Chinedu Opute (npz) and B-Red, and they transacted business that involved Davido going to London to finalize the deal.
He stated that after the deal went through, Davido and his cousins pulled a fast one on him as they absconded with the money which he quoted to be worth about 120 thousand pounds (circa N60 Million). He lamented how he has traced the singer and his cousins to Nigeria and how he reported the case to the Nigerian Police but no effective measure has been taken, according to him. He claimed that Davido instead threatened his life and that of his loved ones.
See pictures below.

Davido has reacted to the story in his usually dismissive manner. He dropped a ‘lol’ comment on the Instagram post, asking if the there is more to the story.

It is uncertain how the story would unfold, but it is expected that Davido would make further reactions to it and perhaps the Nigerian Police Force would do same.

My Oral Health and I with Raphael Peter Galleh Episode 3: How Well Do You Know About Your Oral Health?

Arsene Wenger becomes the most successful manager in the history of...

Rapper Falz has been made Hennesy brand ambassador. || Congratulations

Money Body by Luckness ft Nas T Breed speaks about our today flirty girls who are ignorantly selling their body because of little stipends. They...
Read more

Promising act, Jbaby finally releases "Got My Back" after taken a short break from the music scene. Jbaby is a bank of talent with a...
Read more