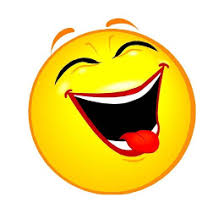 Bayo and his wife Ola received a letter from their daughter who went to study modern physics overseas. SHE WROTE~My beloved Parents, I miss u so much & it breaks my heart to think that by d time i get back, you will be too old. So, enclosed you will find a bottle of a red portion i have invented. It will make u young, so when i return, you will be the same age as i left u.

NOTE: “Pls, take only a drop.”GoodBye i love u! So they opened the envelope & in it, is a bottle with a red portion. The man looked at his wife & says U go first”. So Ola  takes a drop, thereafter Bayo  follows. Indeed d wife turns 5yrs younger.

RECOMMENDED:  Hahaha it seems recession has reached the spirit land. Masquerade was seen on Bet9ja shop to also bet. Lol

Years later, the daughter returned home to find her mother young & pretty, carrying a baby on her back. The mother proceeds to tell her daughter how d portion worked & made her look young. The daughter was happy & asks after her father . “Your Father? Hmmmmm,, ur father was so jealous dat I was so young and beautiful, so he drank the whole bottle. Whaaaat? So where is he?” replied her daughter. Hmmmm, na him dey my back…*

Remember greediness is a “destroyer”

CBN explains why it banned banks from dealing with Cryptocurrencies

Father who raped his daughter for 20 years caught by secret...

The late officers were lowered into the graves amidst tears and wailing. PHOTO: Sodiq Adelakun Family and friends of the seven officers who died in...
Read more

Creative and beautiful Nasarawa diva, Jbaby has again surfaces with breathtaking song, "Holy Player" an amazing song that will blow up your mind. Jbaby has...
Read more

The Abuja plane crash, which on Sunday razed a number of military officials may have not escaped the spirit sight of a popular Abuja...
Read more

RECOMMENDED:  4 Bank Charges That Frustrate Nigerians, some doesn’t know about it